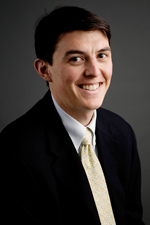 In Laccinole v. MRS BPO, LLC, the United States District Court for the District of Rhode Island denied a frequent pro se plaintiff’s multiple lawsuit attempt at pursuing relief against the same company under the Fair Debt Collection Practices Act (FDCPA). Christopher Laccinole filed three separate lawsuits against the same company arising from fourteen different contacts between February 22, 2022 and May 5, 2022, in which Laccinole claimed the company wrongfully sought collection of a debt he did not owe. According to the decision, Laccinole deliberately pursued three separate actions for different FDCPA violations against the same party to circumvent the FDCPA’s cap on damages at $1,000 per defendant. (15 U.S.C. § 1692k(a)(2)(A)) The Court determined that Laccinole was claim-splitting by pursuing three separate lawsuits on additional calls: separate instances of the same course of conduct by one defendant. More ›

We previously reported on the impact of the CARES Act on federally backed mortgage loans, including the immediate availability of a 180 – 360 day forbearance plan for borrowers impacted by the pandemic. One key feature of this legislation and accompanying guidance publications is that servicers of GSE loans are required to evaluate borrowers for repayment options—including reinstatement, a repayment plan, modification, or some other workout—at the conclusion of the forbearance period. The forbearance plans do not offer loan forgiveness, and borrowers and their servicers are expected to resolve the forbearance amount at the end of the plan. More ›

Congress is Nearing a $2 Trillion Stimulus Deal, Here's What it Means for Loan Servicers

The COVID-19 outbreak has resulted in unprecedented job loss for millions of Americans, creating economic uncertainty and challenges for loan servicers in 2020. Until the outbreak is controlled, missed payments on mortgages and student loans are likely to increase. Already, the U.S. Department of Housing and Urban Development (HUD) and the Federal Housing Finance Agency (FHFA) have issued 60 day moratoriums on foreclosures and evictions, which some states—and most banks and mortgage loan servicers—have adopted. Meanwhile, the Department of Education has announced that all borrowers with federal loans will have their interest rates automatically set at 0% for at least 60 days. Late Wednesday night, the Senate passed H.R. 748, the Coronavirus Aid, Relief, and Economic Security Act (CARES Act) after senate leadership reached an agreement with the White House earlier in the week. The legislation now moves to the House of Representatives for what many hope is unanimous consent. While we are still waiting on the House of Representative's approval, we've explored measures within the bill that will immediately impact student and mortgage loan servicers and outlined them below. More ›

In Vedernikov v. Atl. Credit & Fin., Inc., (Vedernikov I), the U.S. District Court of New Jersey granted the defendant Midland Funding's motion to dismiss, which successfully argued the plaintiff should be estopped from bringing FDCPA claims that he failed to disclose during a bankruptcy action from which he had been discharged. After Midland Funding filed its motion to dismiss in Vedernikov I, the same Court also issued an Order to Show Cause and ultimately dismissed Vedernikov v. Oliphant Financial, LLC (Vedernikov II), another matter brought by the same plaintiff. More ›

Earlier this year, Hinshaw reported on a decision by the First Circuit Court of Appeals which invalidated a Massachusetts foreclosure based on the Court's determination that the mortgage loan servicer's notice of default included additional language which did not strictly comply with Paragraph 22 of the mortgage. In the wake of that decision, the servicer filed a petition for rehearing on several grounds, but primarily because the Code of Massachusetts Regulations required use of what the Court had characterized as additional language. The banking community also filed several amicus briefs in support of Chase's petition. More ›

A Reminder for Borrowers: Post-Discharge Communications by Creditor Must Coerce or Harass in Order to Violate Bankruptcy Law

In Kirby v. 21 Mortg. Corp., the First Circuit Bankruptcy Appellate Panel examined the Kirbys' claim that the 19 written communications they received from their mortgage holder following their Chapter 7 discharge violated the Bankruptcy Code 524(a)(2)'s injunction. The Kirbys further claimed bankruptcy discharge violations arising from their mortgage holder's delivery of an escrow account disclosure, short sale letter, cash-for-keys letter, and right to cure notice for a total of 26 post-discharge bankruptcy communications. Below, we take a closer look at the decision and its comprehensive review of bankruptcy discharge law along with the process for determining whether a post-discharge correspondence violates the bankruptcy code's injunction. More ›

Another Court Refuses Lost Note Status to a Successor Lender

Last year, we reported on a Massachusetts Land Court decision, which interpreted Uniform Commercial Code section 3-309 to conclude that a mortgagee cannot foreclose in reliance upon a lost note affidavit, because the 1990 version of UCC 3-309 requires the party seeking to enforce the note demonstrate possession prior to its loss. 32 states remain under the 1990 version, and recently the Rhode Island Supreme Court joined decisions that prohibit enforcement of a lost note under this outdated version of the UCC. In SMS Fin. v. Corsetti, SMS Financial sued to enforce default on a note that was lost by a prior transferee. Sovereign Bank had loaned the defendants $1 million in exchange for a promissory note and a mortgage on property located at 385 South Main Street in Providence, Rhode Island. Following default and foreclosure, the defendants issued to Sovereign a new promissory note to repay the $200,000 deficiency on the original loan. Sovereign subsequently assigned its interest in the loan to SMS Financial; but, Sovereign had lost the original note so it delivered to SMS a lost note affidavit and an allonge. SMS filed suit against the defendants to collect on breach of the note, but the Superior Court entered summary judgment in favor of the defendants because SMS could not enforce the lost note. More ›

This past month, Washington was busy with rule changes and proposed legislation that underscores the ongoing debate over the origination and foreclosure of reverse mortgages. First, the U.S. Department of Housing and Urban Development reduced the maximum amount a reverse mortgage applicant can borrow. Previously, the maximum amount was exclusively tied to the property's value (at either 60% or 70%). Under the new rule, HUD has tied that maximum amount to three criteria: applicant's age, loan rates and the value of the property. While it is unclear how these new criteria will impact the maximum amount, the Wall Street Journal reports that Lending Tree's chief sales officer anticipates that a typical applicant will now be able to borrow 58% on the property's value, down from an average of 64%. Second, HUD increased the upfront insurance premium charged on any reverse mortgage from between .5%-2.5% percent and depending on the amount borrowed to a flat 2%. Given the reduction in amount that an applicant can borrow and an increase in upfront insurance payments, HUD's new rules appear aimed at benefiting lenders. The new rules went into effect on October 2, 2017. More ›