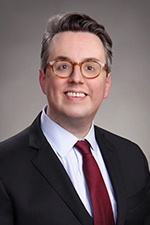 The Senate voted 50-49 along party lines last week to confirm Kathleen "Kathy" Kraninger to a five-year term as the newest director of the Consumer Financial Protection Bureau (CFPB). She will succeed Acting CFPB Director Mick Mulvaney. Prior to her appointment, Kraninger served as an associate director in the Office of Management and Budget. She also previously held posts in the departments of Homeland Security and Transportation. More ›