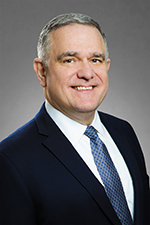 Trouble With A Capital C: Cordray’s Move To Name His Own Successor At The CFPB

In contrast to his big wins on Jeopardy! in the 1980s, Richard Cordray lost badly in 2017 after staking so much on the Consumer Financial Protection Bureau’s (“CFPB”) Final Rule, which would have prohibited the use of class action waivers in the arbitration clauses of consumer financial contracts, such as credit card agreements and mortgages. The CFPB’s Final Rule drew sharp, valid criticism from both the U.S. Treasury Department and the Office of the Comptroller of the Currency. After the House of Representatives and the Senate acted pursuant to the Congressional Review Act to nullify the Final Rule, Mr. Cordray pleaded unsuccessfully with President Trump for a veto. It is unsurprising, really, that he decided to step down far earlier than anticipated.

Mr. Cordray’s parting-shot - his effort to name his own successor by appointing a presumably sympathetic Deputy Director - will likely miss its mark. Under the provision of Dodd-Frank that Senator Elizabeth Warren has cited in support of Mr. Cordray’s maneuver, the CFPB’s Deputy Director serves as acting Director only “in the absence or unavailability of the Director” (12 U.S.C. § 5491(b)(5)), not in the event the Director resigns. Moreover, 12 U.S.C. § 5491(b)(3) states that, “…the Director shall be appointed by the President, by and with the advice and consent of the Senate.”  Senator Warren’s November 24th “tweet,” that “if there is a [CFPB] Director vacancy, the Deputy Director becomes the Acting Director … [and] [President Trump] can’t override that[,]” simply appears to read too much into the provision of Dodd-Frank she cites. More ›

U.S. Senate Joins The House To Eliminate The CFPB’s Final Rule Against Class Action Waivers in Arbitration Clauses; The President Is Expected To Sign

With Vice President Pence casting a dramatic tie-breaking vote just after 10 p.m. E.D.T. on October 24th, the U.S. Senate joined the U.S. House of Representatives to eliminate, based on their authority under the Congressional Review Act (CRA), the Consumer Finance Protection Bureau's (CFPB) controversial Final Rule on arbitration agreements, which was issued in July. The CFPB's Final Rule would bar providers of consumer financial products and services from including mandatory class action waivers in the arbitration clauses of their agreements with consumers. More ›