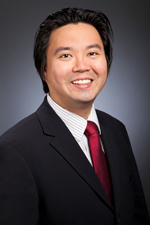 Despite Acceleration of Debt Through Prior Dismissed Foreclosure Action, Bankruptcy Petition Tolls Statute of Limitations on Subsequent Action

In Lubonty v. U.S. Bank National Association, a mortgagor sought to void a mortgage loan claiming that the six-year statute of limitations to foreclose had expired. The mortgagor had commenced multiple bankruptcy proceedings that trigged automatic stays and prevented foreclosure from proceeding for approximately four and a half years. New York law, CPLR § 204, extends the statute of limitations "[w]here the commencement of an action has been stayed by a court or by statutory prohibition," and the trial court held that the six-year statute of limitations was extended by the time period during which the foreclosure was stalled through successive bankruptcy petitions. More ›

Suggesting that the latest FDCPA plaintiff's theories in New York have morphed into something other than consumer protection, Judge Glasser of the Eastern District of New York ("EDNY") penned an extensive (and rather scathing) decision detailing the abuse by plaintiffs-consumers (or more precisely, their counsel) in filing lawsuits for non-existent harms. More ›

One of the latest trends in the New York FDCPA space has been filing so called "Reverse Avila" cases, based on the Second Circuit's decision in Avila v. Riexinger and Assocs.. In Avila, the Second Circuit found that a debt collection letter violated the FDCPA because the letter failed to state that interest on the debt was accruing. Since Avila, new theories related to the accrual of interest claims have surfaced, including: (1) the "Reverse Avila" claim, and (2) claims requiring Avila safe harbor language in correspondence if there is any possibility (however small) that interest will accrue in the future--even if the debt was not actually increasing at the time of the correspondence. Courts have begun to deny these claims because they stretch the meaning of Avila into the realm of pure speculation. More ›

Forgiveness of Debt Can Prove Unforgiving, But a New Federal Court Decision Gives Cause for Optimism

A federal court in New Jersey recently dismissed a putative class action filed under the Fair Debt Collection Practices Act, which had argued that it was deceptive conduct for a debt collector to inform the debtor that forgiveness of debt, in some circumstances, may be reportable to the Internal Revenue Service. The specific language included in the debt collector's letter was as follows: "We will report forgiveness of debt as required by the IRS regulations. Reporting is not required every time a debt is canceled or settled, and might not be required in your case." More ›