In Vedernikov v. Atl. Credit & Fin., Inc., (Vedernikov I), the U.S. District Court of New Jersey granted the defendant Midland Funding's motion to dismiss, which successfully argued the plaintiff should be estopped from bringing FDCPA claims that he failed to disclose during a bankruptcy action from which he had been discharged. After Midland Funding filed its motion to dismiss in Vedernikov I, the same Court also issued an Order to Show Cause and ultimately dismissed Vedernikov v. Oliphant Financial, LLC (Vedernikov II), another matter brought by the same plaintiff.

In 2018, plaintiff, Igor Vedernikov, had filed a voluntary Chapter 7 bankruptcy petition that identified a single claim under the FDCPA valued at $1,000. However, after filing for bankruptcy, but before the bankruptcy was discharged by the U.S. Bankruptcy Court for the District of New Jersey, Vedernikov filed eight separate FDCPA lawsuits—six of which were resolved by settlement or dismissal, leaving two—Vedernikov I and II—pending before the New Jersey District Court. 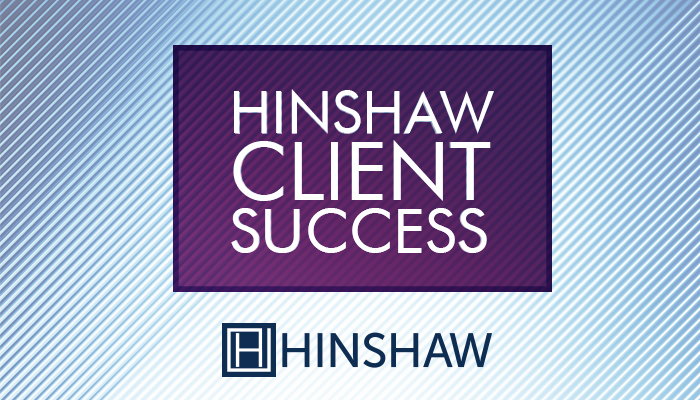 Midland's motion to dismiss argued that Vedernikov should be estopped from bringing FDCPA claims that he failed to disclose in his bankruptcy action. Vedernikov responded by asking the court to dismiss Vedernikov I without prejudice to allow him to explore his right to reopen the bankruptcy and then re-open the FDCPA case.

In ruling that Vedernikov was judicially estopped from maintaining Vedernikov I and II, and dismissing both actions with prejudice, the court stated that it, "cannot ignore the perversity of Vedernikov, discharging debt he owed to certain creditors while he was pursing FDCPA claims against the same creditors for their attempts to collect the debt he owed."

Midland was represented in Vedernikov I by Hinshaw attorneys Ellen Silverman and Matthew Corwin.