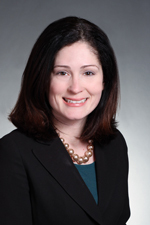 The Bankruptcy Appellate Panel for the First Circuit has affirmed an earlier decision that concluded a borrower's right to redeem terminates when the gavel falls at a foreclosure auction, and not when a deed is recorded. More ›

Under Massachusetts law, a foreclosing lender has a duty of good faith and reasonable diligence to obtain the highest possible price for a property at auction. Until recently, it was considered appropriate for the lender to make a credit bid up to the amount owed on the mortgage in order to satisfy this duty. However, a recent decision by the Massachusetts Appeals Court has expanded the duty of good faith and reasonable diligence beyond a review of the property's assessed or appraised fair market value. A property's development potential may also need to be reviewed in order to calculate an acceptable winning bid. More ›

Over the last ten years, cities like Miami, Florida have experienced a decrease in property tax revenues, an increase in demand for police, fire and other municipal services, and an increase in foreclosures and vacancies, particularly in minority neighborhoods. In what appears to be a response to this environment, the City sued Bank of America and Wells Fargo for violations of the Fair Housing Act, claiming they intentionally issued riskier mortgages on less favorable terms to African-American and Latino customers. According to the City, this discriminatory conduct caused higher foreclosure rates and vacancies among minority borrowers, which in turn lowered property values, diminished property-tax revenues and increased the demand for municipal services to remedy the blight that foreclosures and vacancies generate. More ›