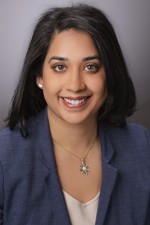 Earlier today, the United States Supreme Court issued a two part decision in Seila Law LLC v. Consumer Financial Protection Bureau. The Court first decided, in a 5-4 decision with Chief Justice Roberts authoring the Court's opinion, that the CFPB's leadership by a single Director removable only for inefficiency, neglect, or malfeasance violates the separation of powers doctrine. The Court next decided that the Director's unconstitutional removal protection is severable from the other provisions of Dodd-Frank that establish the CFPB and define its authority. The severability holding was also authored by Roberts, but drew a 7-2 split. More ›

The U.S. Department of Housing and Urban Development's (HUD) Office of Inspector General issued a COVID-19 bulletin for homeowners that revealed the HUD has been monitoring what readily accessible information FHA mortgage servicers are providing to borrowers on their websites. The Federal Housing Administration (FHA) has already provided guidance to FHA servicers regarding implementation of the CARES Act as it pertains to provisions related to forbearance. However, HUD's Inspector General warned in the bulletin that its review of the top 30 FHA servicers' websites revealed "incomplete, inconsistent, dated, and unclear guidance" to borrowers in connection with their forbearance options under the CARES Act. More ›

To assist consumer financial services lenders, servicers and investors, Hinshaw has developed an interactive tracker of state regulations related to the COVID-19 pandemic. The tracker documents actions by various state regulators, along with the limits imposed by states on foreclosures, evictions, and debt collections, and allows users to click on any state to view applicable provisions. We recommend adding the tracker to your browser bookmarks, as we will update it on a regular basis. More ›

On September 19, 2019, the Consumer Financial Protection Bureau (Bureau) hosted the second in a series of scheduled symposia. After the first symposium, we evaluated the panel discussions that focused on the term "abusive" and whether the Bureau should disclose parameters surrounding its interpretation of the term. The September 19 symposium addressed how behavioral law and economics can inform regulatory action. The discussion consisted of two panels: first, an academic discussion of behavioral economics, while a second panel discussed how behavioral economics can inform regulatory action, or lack thereof, in the consumer financial services field. More ›

The Senate voted 50-49 along party lines last week to confirm Kathleen "Kathy" Kraninger to a five-year term as the newest director of the Consumer Financial Protection Bureau (CFPB). She will succeed Acting CFPB Director Mick Mulvaney. Prior to her appointment, Kraninger served as an associate director in the Office of Management and Budget. She also previously held posts in the departments of Homeland Security and Transportation. More ›

Is CFPB's Constitutionality Headed for the U.S. Supreme Court?

At the close of a 108 page decision filed in response to motions to dismiss a CFPB enforcement action, Consumer Financial Protection Bureau v. RD Legal Funding, LLC, C.A. No. 17-cv-890, Judge Loretta Preska of the U.S. District for the Southern District of New York (within Second Circuit jurisdiction) granted the motions by concluding the CFPB's structure was unconstitutional. This is significant because the D.C. Circuit had determined en banc earlier this year that the CFPB was constitutional in PHH Corp. v. CFPB. More ›

We've been following PHH's longstanding challenge of the CFPB's imposition of a fine against it for alleged RESPA kickback violations, through which elemental questions regarding the Bureau's constitutionality were tested. More ›

Last week, the Democratic Attorneys General sent a letter to President Trump expressing concern over his choice for CFPB director, Mick Mulvaney and the future of consumer protection, more generally. As was expected, the states are preparing to take on more aggressive roles in consumer protection given the significant weakening of the CFPB. "State attorneys general have express statutory authority to enforce federal consumer protection laws, as well as the consumer protection laws of our respective states," the group said in its letter. "We will continue to enforce those laws vigorously regardless of changes to CFPB’s leadership or agenda." More ›