On October 29, 2021, the New York State Department of Financial Services (DFS) posted proposed amendments to its debt collection rules for Third-Party Debt Collectors and Debt Buyers (under 23 New York Codes, Rules, and Regulations Part 1) that could significantly change procedures for communicating with consumers. 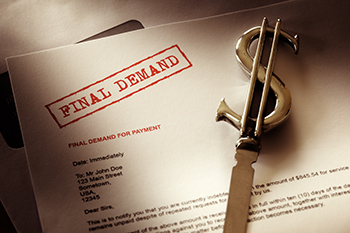 Under the proposed amendments, the initial written communication to a consumer would need to contain additional specified information about the debt, including the name of the original creditor, the account number associated with the debt, the merchant brand, affinity brand, or facility name associated with the debt, the name of the creditor to which the debt is currently owed, the date on which the consumer allegedly defaulted, the last payment date, including any partial payment, the applicable statute of limitations for the debt expressed in years, and an itemized accounting of the debt. Under the proposed amendment, the communication would also now need to disclose that the consumer has the right to dispute the validity of the debt.

In addition, specific disclosures will be required for debts for which the debt collector has determined that the statute of limitations has expired rather than when a debt collector knows or has reason to know that the statute of limitations may be expired. The proposed amendments also seek to prohibit debt collectors from corresponding with the consumer in connection with the collection of such debt by telephone or other means of oral communication absent prior written and revocable consent given directly to the debt collector, or express permission of a court.

The proposed amendments include telephone limitations, which would restrict debt collectors, absent prior written and revocable consent of the person given directly to the debt collector or express permission of a court, from corresponding with a person in connection with the collection of any debt by more than one telephone call and three attempted telephone calls per seven-day period per consumer.

Debt collectors will also be required to provide the consumer with written substantiation of a debt in hard copy by mail within 30 (instead of 60) days of receiving a written request for substantiation, and in certain circumstances, by both mail and electronic communication. Documentation of substantiation would need to be retained for the longer of either seven years, or until the debt is discharged, sold, or transferred.

The proposed amendments also seek to place extensive limitations on when a debt collector will be able to correspond with a person through electronic communication to collect a debt.

During this pre-proposal stage, DFS is seeking comments in particular from impacted small businesses until November 8, 2021. Thereafter, a notice of proposed rulemaking will be published in the New York State Register.