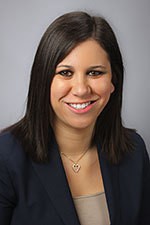 Emerging Trend: Another Federal Court Finds that Predictive Dialers Fall Outside the TCPA's Definition of an ATDS

In 2018, the D.C. Court of Appeals issued ACA International, et al. v. FCC that set aside key determinations of the FCC's interpretations of what qualifies as an automated telephone dialer service (ATDS). The D.C. Circuit concluded that the focus of the Telephone Consumer Protection Act's (TCPA) definition of an ATDS should be on the device's "present capacity" to store and produce telephone numbers, as opposed to its "potential functionalities" or "future possibility." Since this decision, courts have remained split as to what qualifies as an ATDS, although there is a growing trend of courts concluding that a predictive dialer is not an ATDS unless it has the present capacity to store and produce phone numbers randomly and sequentially. On July 30, 2019, the Northern District of Texas joined that trend with its decision in Adams v. Safe Home Security Inc. More ›