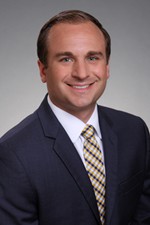 Last week, the U.S. House of Representatives passed a bill, H.R. 2547, on a strict party-line vote. Titled "The Comprehensive Debt Collection Improvement Act, the bill would amend several consumer finance statutes for the first time in decades and impose new requirements and limitations on debt collectors, among others. Its fate now rests in the U.S. Senate. More ›

In Krieger v. Bank of America, the plaintiff unknowingly gave a scammer access to his personal computer, which was used to make a $657 Western Union charge on his Bank of America (BOA) credit card. Upon realizing the scam, the plaintiff immediately contacted BOA and was told that nothing could be done until he received his monthly billing statement. On receipt of the statement one month later, the plaintiff again contacted BOA, which credited his account while it investigated. In a confirmatory letter, BOA stated that, although Western Union could provide additional facts, BOA considered the dispute resolved. Although the plaintiff's next statement showed the credit, BOA followed up with a subsequent letter, which stated that, based upon additional information from Western Union, BOA believed the charge was in fact valid and would reinstate it to the plaintiff's account. The plaintiff then sent a letter detailing the events, declaring the charge invalid, and requested it be removed. BOA denied his request. The plaintiff paid the charge and filed suit. More ›

The Third Circuit Court of Appeals recently reiterated how a debt collector may run afoul of the Fair Debt Collection Practices Act ("FDCPA") by sending a misleading follow-up, even if it served a compliant demand letter weeks earlier. More ›