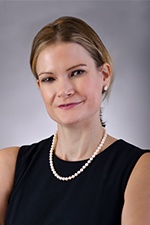 A recent Minnesota federal court decision (Hrebal v. Nationstar Mortg. LLC) joined a growing number of courts across the country in finding that a creditor's failure to mark a tradeline as disputed can violate the Fair Credit Reporting Act (FCRA) without a consumer having to prove that a reasonable investigation could have uncovered an actual inaccuracy. This trend has created a split between courts in the Fourth, Eighth, and Eleventh Circuits and the First, Fifth, Seventh, and Ninth Circuits. More ›

"Estoppel on Steroids" ‒ Does the Hobbs Act Require the District Court to Accept the FCC's Rule Interpreting an "Unsolicited Advertisement" under the TCPA?

Yesterday, the United States Supreme Court heard oral argument on appeal from the Fourth Circuit's decision issued in PDR Network, LLC v. Carlton & Harris Chiropractic, Inc. The issue is whether a district court must accept the Federal Communication Commission's (FCC) rule interpreting an "unsolicited advertisement" under the Telephone Consumer Protection Act (TCPA). The district court held that PDR Network, LLC did not violate the TCPA when it faxed an unsolicited advertisement to Carlton & Harris Chiropractic for a free Physicians' Desk Reference. In doing so, the district court declined to apply the FCC's 2006 rule that interpreted an unsolicited advertisement under the TCPA to include fax messages that promote goods or services at no cost. On appeal, however, the Fourth Circuit reversed concluding that the district court should have applied the FCC's rule because the Hobbs Act, which establishes judicial review for final orders of certain federal agencies, requires a party to first challenge an agency rule with the respective agency before challenging the rule in court. The Supreme Court is left to decide whether the district court has authority to hear PDR's challenge to the FCC's rule in its defense of this TCPA lawsuit without any prior agency challenge. More ›