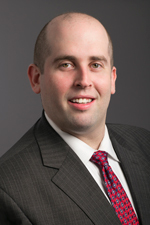 Showing 6 posts by Matthew B. Corwin.

On April 3, 2020, New York State Governor Andrew Cuomo signed New York's 2021 Executive Budget into law. Many of Governor Cuomo's and lawmakers' legislative agenda priorities were not included in the budget, due to the COVID-19 pandemic. Notably, Governor Cuomo's call for formal licensing and regulation of the debt collection industry was removed from the final budget. More ›

We previously discussed Avila v. Reliant (Avila II) and U.S. District Court Judge Spatt’s dismissal of a consumer’s attempt to sue on the “safe harbor” language she helped establish in Avila v. Riexinger & Associates (Avila I). As predicted, Avila II was appealed to the Second Circuit Court of Appeals. Although the Second Circuit affirmed the dismissal, the Court did not address Judge Spatt’s reasoning for the dismissal. More ›

U.S. Supreme Court Agrees to Resolve Circuit Split on When the Limitations Period for FDCPA Claims Should Start

As we predicted last year, the United States Supreme Court earlier this week granted Plaintiff's petition for certiorari in Rotkiske v. Klemm to resolve a split in the circuits on whether the statute of limitations for a Fair Debt Collection Practices Act (FDCPA) claim begins when the alleged violation occurred (known as the "occurrence rule") or when the consumer discovers the alleged violation (known as the "discovery rule"). More ›

In Rotkiske v. Klemm, the Third Circuit ruled that the statute of limitations for a Fair Debt Collection Practices Act (FDCPA) claim begins to toll on the date of the alleged violation, not when the plaintiff discovers the violation. That's significant, because the Fourth and Ninth Circuits have ruled otherwise. More ›

In Goldstein v. Diversified Adjustment Serv., the Eastern District of New York may have walked back one of the new favorite Fair Debt Collection Practices Act  (the "FDCPA") claims—namely that the creditor was not properly identified pursuant to § 1692g of the FDCPA. Although the debt collection letter at issue listed Sprint several times, Goldstein's complaint nonetheless alleged that the debt collection letter violated the FDCPA by failing to adequately identify to whom the debt was owed and what Sprint's role was. More ›