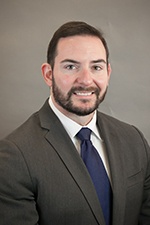 While Illinois mortgagees have the option of recouping delinquent mortgage loan debt through different types of lawsuits, the pursuit of this option can violate Illinois' prohibition on refiling the same cause of action. A recent decision illustrates the pitfalls of a mortgagee's numerous lawsuits filed on the same default and debt in reliance upon Illinois' savings statute. More ›

In a foreclosure action, the Illinois Appellate Court recently held that the foreclosing lender established its standing by attaching the blank-indorsed note to its complaint, but reversed judgment and remanded for the trial court to determine if a letter required by the Secretary of Housing and Urban Development ("HUD") regulations was actually dispatched. More ›