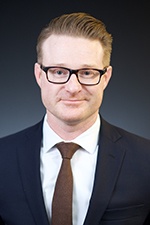 Hinshaw continues to monitor the deepening circuit split over what constitutes an automatic telephone dialing system (ATDS) under the Telephone Consumer Protection Act (TCPA), which restricts certain automated calls and text messages. To say there has been substantial debate by the courts and FCC concerning what constitutes an ATDS would be putting it lightly. And, just when it seemed a majority position was emerging, the playing field seems to have leveled with the Second Circuit's decision in Duran v. La Boom Disco, Inc. More ›