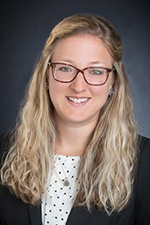 Alyssa A. Johnson
Partner
ajohnson@hinshawlaw.com
414-276-6464
View Bio
Alyssa Johnson represents a wide-range of professionals in liability matters. Armed with extensive trial and appellate experience, she is a fierce …

In Federal National Mortgage Association v. Thompson, the Wisconsin Supreme Court permitted a lender to pursue a second judicial foreclosure action after the first case was dismissed with prejudice. In the first foreclosure action, the lower court agreed with borrower Cory Thompson that his lender had failed to present evidence that a notice of intent to accelerate was mailed and that the servicer was in possession of the original note. After an unsuccessful appeal of the dismissal, the lender sent Thompson a new notice of intent to accelerate payment of the note and filed a second foreclosure action when no payments were received in response to the letter. Following trial of the second foreclosure action, the lower court granted judgment in favor of the lender. Thompson appealed, asserting that claim preclusion barred the second action. More ›